Now….it would be fair to say that we love a glass of wine here at GWD

Particularly the crisp and fruity wines that come from the Napa Valley. Imagine our pleasure then when we were contacted by the marvellous Fluent Wine Company from California. 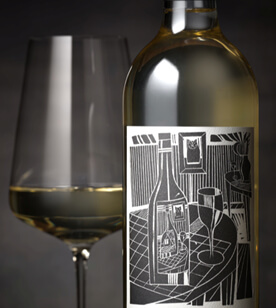 Fluent Wines specialise in high-quality rosés, sauvignon blancs and pinot noirs. The brainchild of Rob Harrison, who moved to the Napa Valley in his late 20’s, their mission statement is to ‘achieve the full potential of grapes selected from the finest California vineyards to create wine that truly inspires a profound moment on your palate.’

Last summer (when we were still reeling from the first lockdown), we were first contacted by the wine company, who had found us online and told us they were interested in placing on order with us for a presentation box for three bottles of wine. 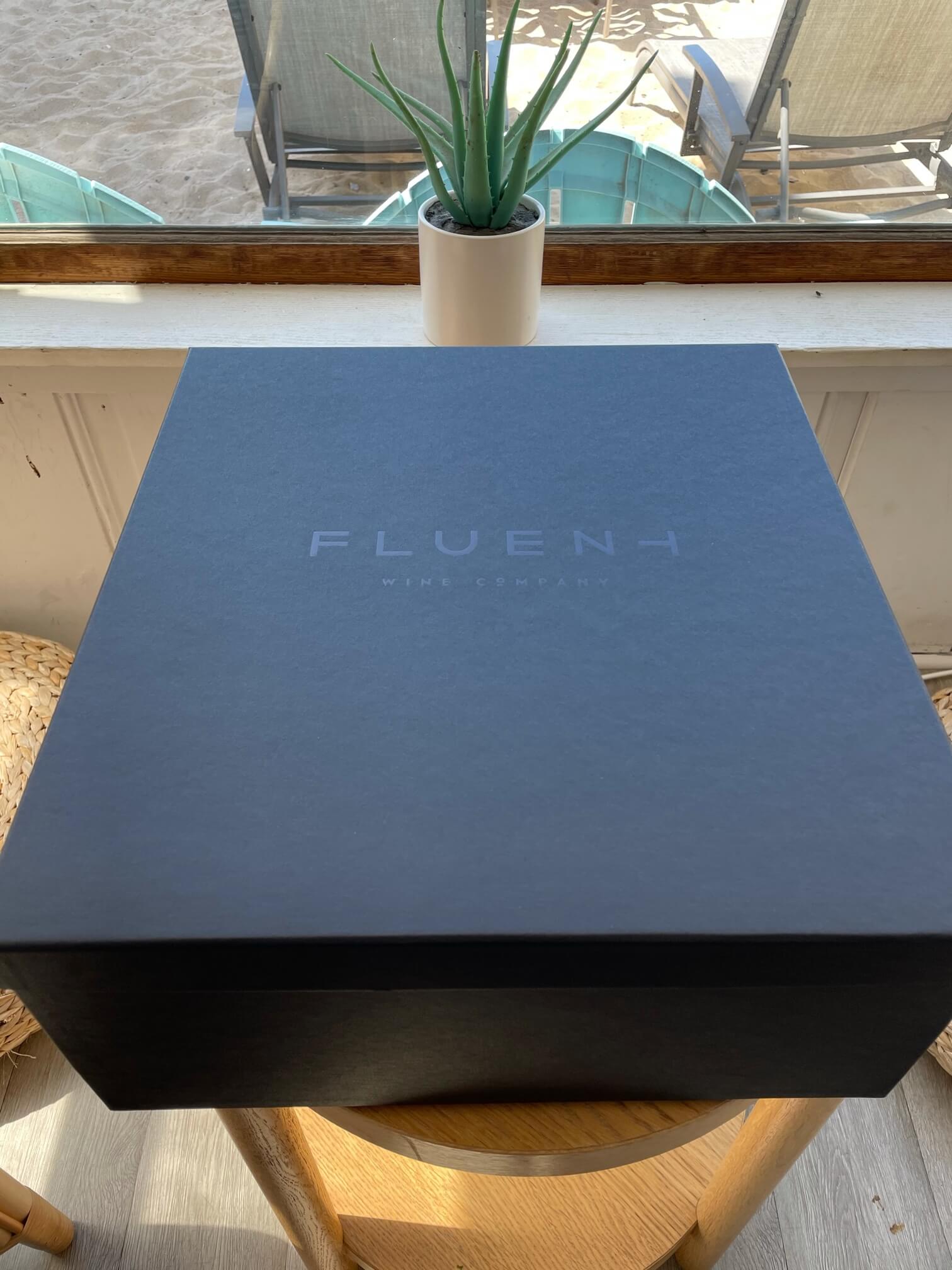 Without wanting to appear hubristic this is a good example of the niched (and quality) nature of our work here at GWD Ltd. The client didn’t want to import from China to the States and had been impressed with what he had seen of our work on our website and after an extensive search through the United States and Europe, they chose GWD Ltd for our quality and service over any other company. 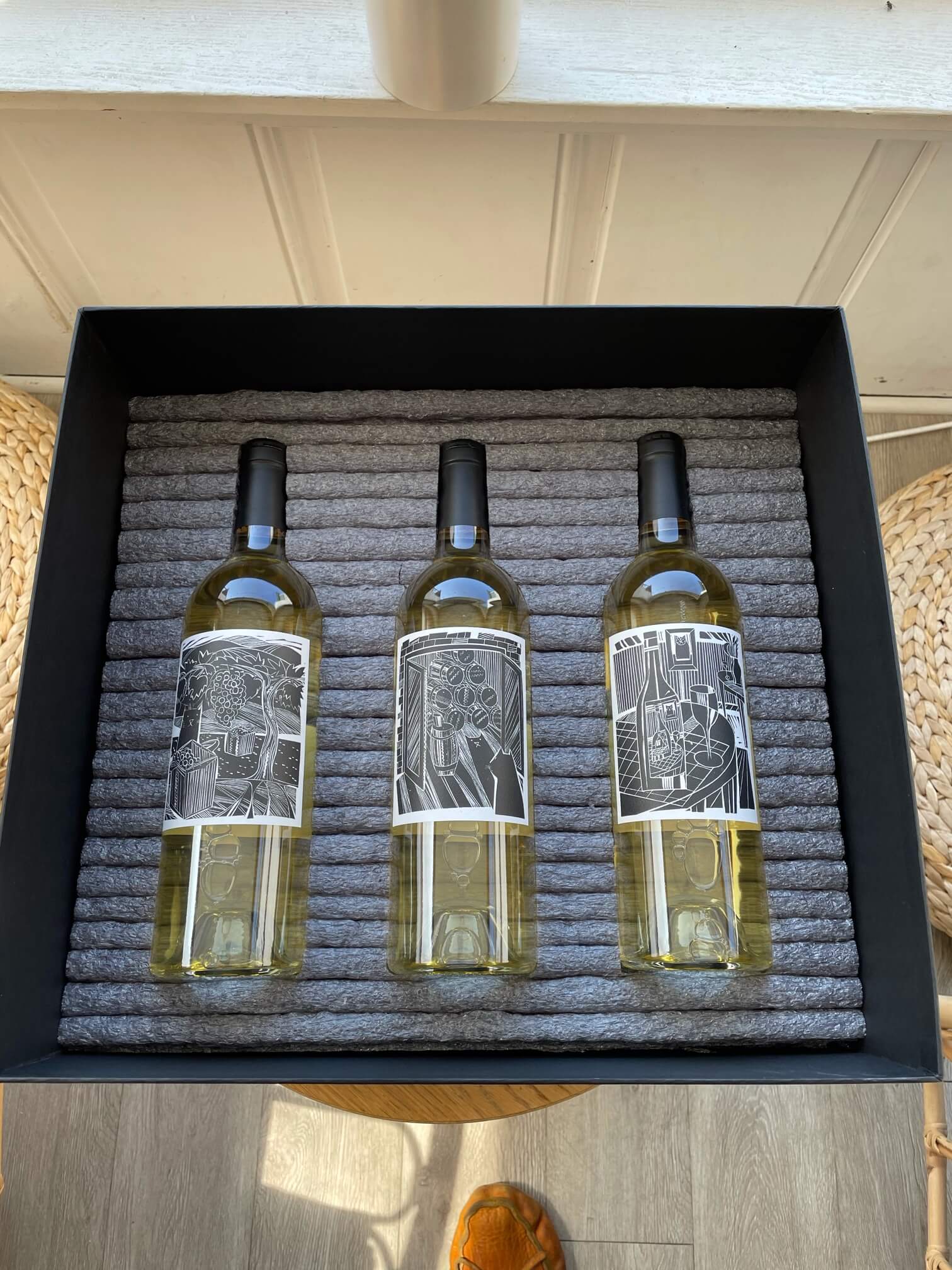 The packaging was created to hold three bottles of wine. Initial thoughts were to manufacture an internal cardboard fitment which would secure the bottles in transit, however the client settled on a foam insert when he came across a US company that manufacture a totally biodegradable foam which actually dissolves in water.

After the box and lid design had been finalised and sampled (so that transit tests could be carried out), and the graphics had been confirmed (Fluent Wines work with a graphic designer in New York so on more than one occasion we were on a Zoom call across three time zones!), the quoted price was confirmed. Mr Harrison then placed an order for 2900 boxes, with 1400 to be shipped in Dec/Jan and the balance to be called off later in 2021. The first 1400 were shipped in the first week of Jan and although the ship arrived in San Francisco bay five weeks later it took another 2-3 weeks before they were unloaded and delivered to the client’s warehouse.

The foam ‘base’ is another example of the huge shift towards environmentally friendly packaging solutions that we have touched on elsewhere in this blog. Below is a short video or the completed product: 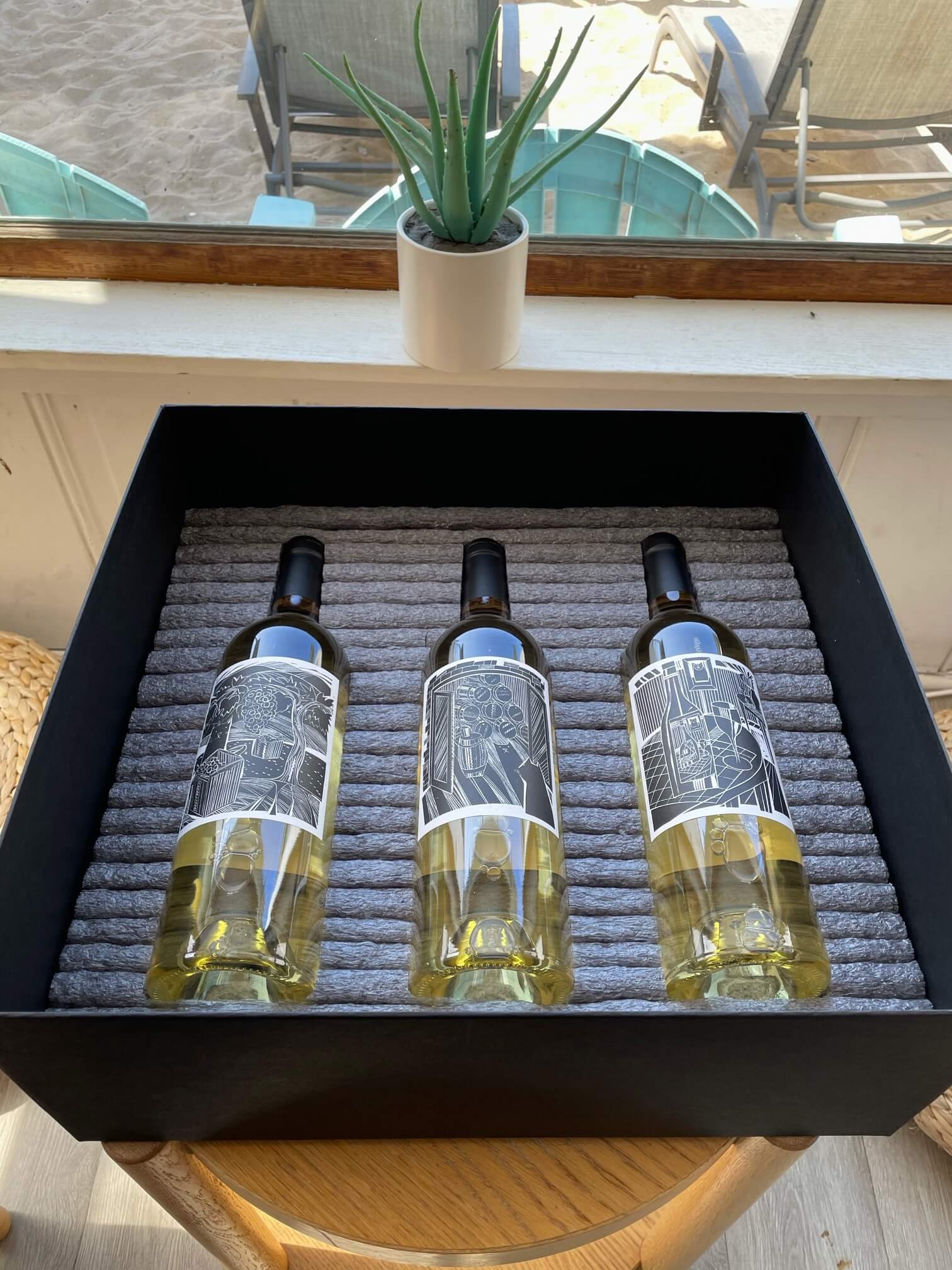 Interestingly, all of these boxes are to be used for online sales. In our blog recently we have spoken in various articles about this ‘sea-change’ in sales avenues. This has been necessitated predominantly, of course, by the Global pandemic of the past 15 months or so but as CoVid continues to ease there seems to be little change in the demand for packaging for online products. It’s almost as though peoples’ purchasing habits have been changed fundamentally and permanently. We shall see.

We are greatly enjoying our on-going work with the chaps at Fluent Wines long may it continue. Oh, and if you haven’t tried wines from the Napa Valley we wholeheartedly recommend that you do!