The trees are blossoming, the sun is shining in the crisp cool air, and the grass is looking decidedly long again: it’s Easter time.

What does Easter mean to you?  For some, it might all be about Christianity.  For others it’s about bunnies and daffodils.  For lots more, it’s all about the gloriously decadent period when Lent finishes and the assault on the chocolate can begin again in earnest. 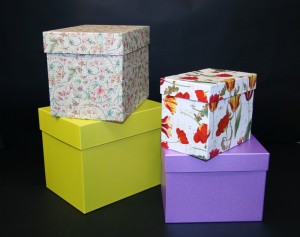 Given that we’re in the confectionery packaging business, it won’t surprise you to learn that we generally deal with that third interest of Easter: chocolate and confectionery.

Is Easter just for kids? Not according to The Grown Up Chocolate Company

One company we’ve done a lot of work for this Easter is The Grown Up Chocolate Company; and as they’re a pretty fascinating local business like us I thought it was worth telling you a little bit more about what they do.

The Grown Up Chocolate Company was started with the aim of creating the most indulgent and decadent chocolates possible.  The idea behind the name was that their bars would be reminiscent of the chocolate bars that people eat as kids, but with an adult twist. 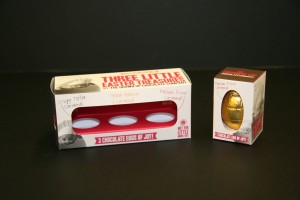 Triple Easter Egg box for The Grown Up Chocolate Company

Since they launched in 2011, the public response to the bars has been overwhelmingly positive, and this year they decided to join in with the Easter fun by releasing a series of Easter eggs with the same branding.

Their single and triple Easter egg boxes are for sale in Booths and other quality farm shops and delis, and we’ve enjoyed creating the packaging for their eggs as well as their bars.

One thing we don’t do at Easter is make Easter egg packaging for the mass-produced Easter eggs that fill up the supermarkets. 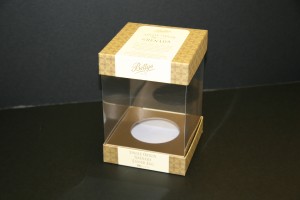 What we do do though, is make Easter egg boxes for the more bespoke and high-end chocolatiers in this country, and the work we do for this market largely falls into two camps.

The first brief we generally get for these high-end easter eggs is to produce a box which shows off the egg as much as possible.  As you can imagine, these types of products are made by the crème de la crème of the UK confectionery industry and the eggs they produce are highly finished and highly decorated.  We are then entrusted with creating packaging that doesn’t mask the high quality, visual aspect of the egg. 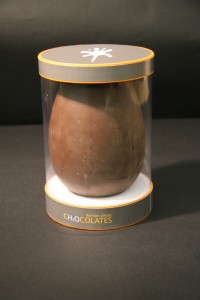 The other common brief we get for these sorts of eggs is almost entirely the opposite.  Rather than the egg being on show, we’re tasked with creating a box that sells the egg without showcasing it.  In order to do that we have to convey the luxury and opulence of the egg in the packaging we produce.

Easter eggs are not just for the punters

We have a number of clients we produce Easter egg boxes for, but one of the things we’ve found over the years is that not only is Easter a great sales period for the commercial confectioner or chocolatier, but it’s also a great time to market your services. 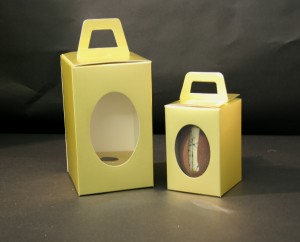 We’re often making branded Easter egg boxes around this time of year for companies to use in order to raise awareness of their brand or business.  There’s nothing quite like a bit of free chocolate to make people sit up and take notice of your company, and by creating a branded box it’s certainly possible to make an impression that will help publicise your business.