If I were to ask you for some of the most well known products that Britain exports to other countries, you’d probably be able to give me a few of the most famous.

Cadbury Chocolate, Marmite and Walker’s Crisps are three of the most famous foods that we ship out by the boatload every year, and Bentley and Aston Martin are massively popular all over the world too.

It’s fairly easy to understand the rationale behind these exports; after all, it’s hard to recreate the secret recipe behind Cadburys (if you meet an Australian/Australian/Kiwi they’ll almost certainly disagree), and it’s nigh on impossible to emulate the craftsmanship and sheer skill involved in building a Bentley or an Aston Martin from scratch.

Slightly more under the radar though, are presentation boxes (bet you didn’t know where I was going with this one!).

When most people think of presentation boxes, they think of the Far East exporting to the UK.  Affordable production, bulk material, big factories, the whole shebang. At the smaller (size wise) end of the market that is generally the most viable option, but for those requiring larger presentation boxes, such as hamper or dress boxes, in smaller quantities and on a tight schedule, GWD seems to be a popular option. 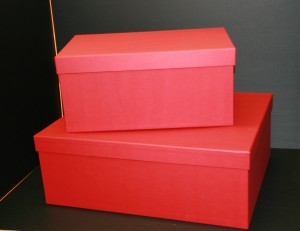 Hamper Boxes for an Architecture company in St Tropez

GWD can look after the smaller orders quickly and customers don’t have to worry about huge shipping costs because we can export to Europe on the road. In fact only the other day we made a batch of bespoke large handmade hamper and dress boxes for a high end German retailer called The Store.

They were beautiful boxes, with 3mm thick walls, and the client had pretty specific needs. The boxes had to have deep and close fitting lids, and they had to conceal the contents perfectly. 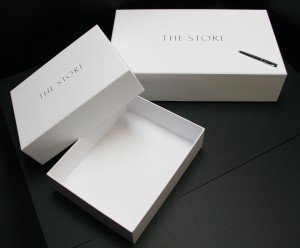 We actually did the work through a UK promotions company, but it just struck me as odd that a German company was delving into the UK market to buy a box that they were just going to ship straight back to Germany.  But the reality is that Europe simply doesn’t have the ability and expertise to make products like this; certainly not for the dimensions that were required in this particular job.

So next time you’re thinking of what goodies the UK exports, don’t forget that GWD will export presentation boxes wherever there’s a demand, this latest one to Germany being a case in point.  Europe might have a hamper and dress box shortage, but the UK certainly doesn’t; thanks to us!

Noel Greenwood is the Managing Director of GWD Ltd, the designers and manufacturers of presentation and promotional packaging.  You can reach him on (01279) 416093 or at the company’s website: www.gwd.ltd.uk.